I didn’t expect to stumble upon these re-imagined Tomb Raider levels when I was browsing through images of Vilcabamba, (also called “Lost City of the Incas”) an ancient city in Peru.

Being both a designer and a Tomb Raider fan it’s no surprise that this image caught my attention when doing a google image search for “city of vilcabamba”. This is a low-poly isometric “Lara Croft Go” style re-imagination of the 2nd level from the original “Tomb Raider” game from 1996. 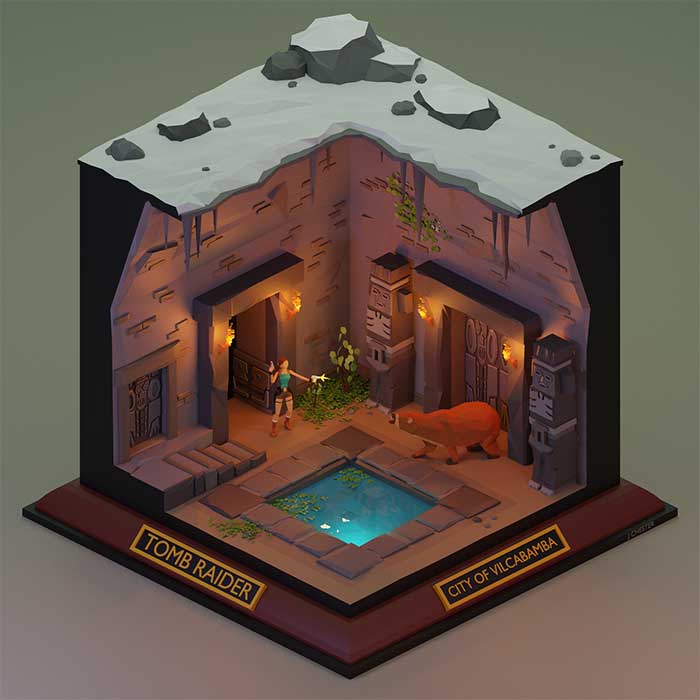 I immediately clicked on that image hoping that there would be more like it where it came from… and I was right. The image took me to a twitter post by Jason Chester, who calls himself an aspiring 3d artist. 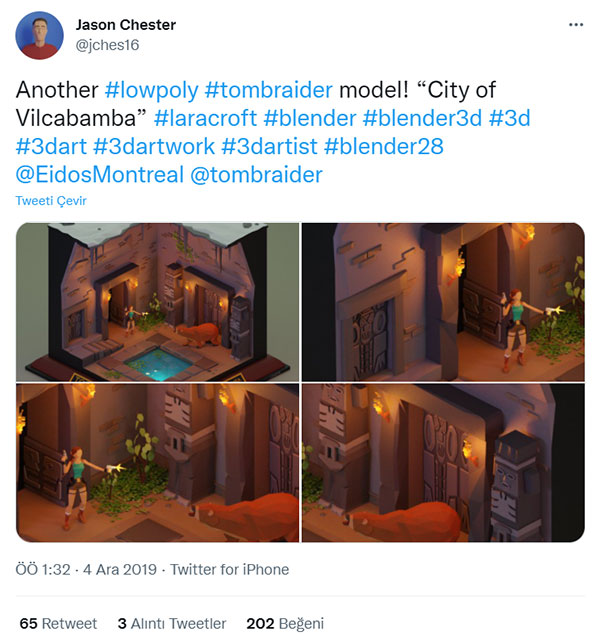 Doing a bit of art-stalking on his twitter profile, it wasn’t long before I ended up on his deviantart page. Apparently he has given the same treatment to all the other levels of the first “Tomb Raider” game. He definitely needs more recognition from Tomb Raider communities for the effort he put into creating these low-poly models. You can check out his deviantart profile if you would like to take a closer look at these images. 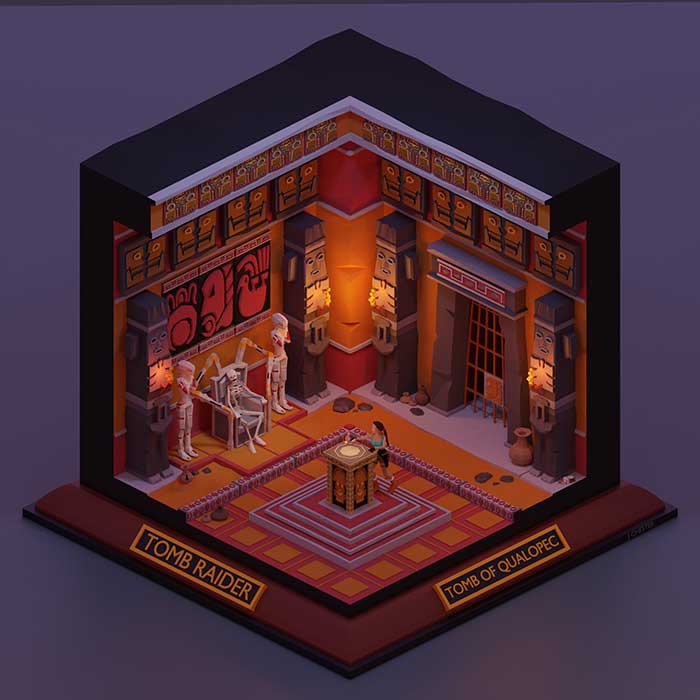 Being a long time Tomb Raider fan, I can see that these images are clearly a labour of love. I especialy liked how he captured the most iconic moments in every level he has re-imagined.

I have played the original game when it came out in 1996 and it was a ming-blowing experience right from the beginning. If you are a Tomb Raider fan, your love for the game probably started in this opening scene. 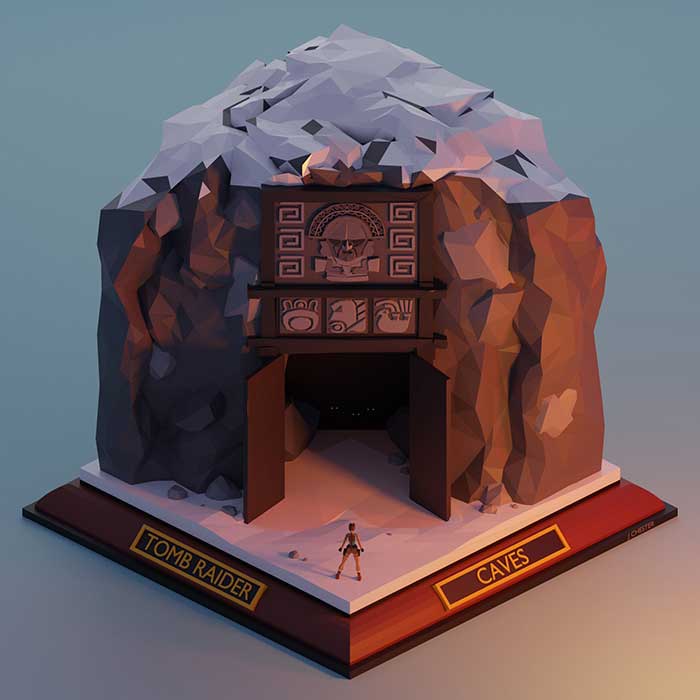 The real challenge in the first Tomb Raider game wasn’t the enemies you encountered. It was the environment itself and puzzles you had to solve. There were very few enemies in the game and you didn’t even have to kill most of them to be able to beat the game. This was probably the reason almost all enemy encounters were iconic in its own right. The bear in the 2nd level, T-Rex in the 3rd and many others in the remaining levels are still some of the most memorable and coolest video game enemies in the history of gaming. He did a great job including all those iconic moments in his models. 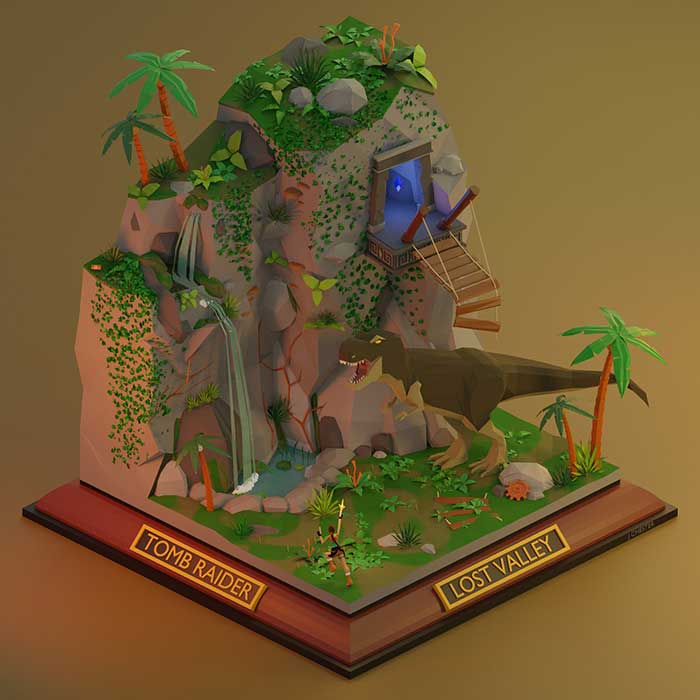 I have only shared a handful of the levels. Click here for all the levels he has done.